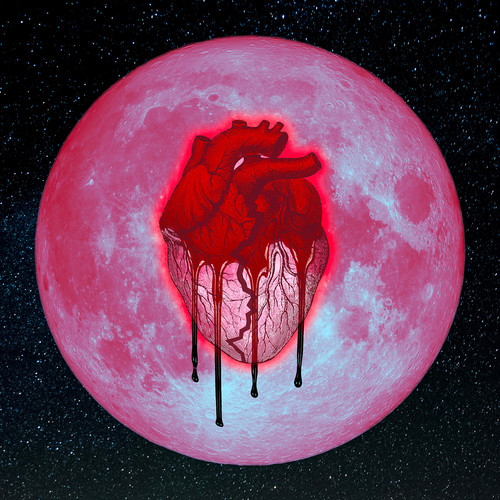 Two CD set. 2017 release. Heartbreak on a Full Moon is the eighth studio album by the R&B singer. Chris Brown started working and recording tracks for the album some weeks before the dropping of Royalty, his seventh studio album, in late 2015. He then continued working on the album during 2016 and 2017, also during his The Party Tour, also building a recording studio inside of his house. The album features appearances from R. Kelly, Jhene Aiko, Dej Loaf, Lil Yachty, Usher, Gucci Mane, Yo Gotti, Future, Young Thug, Ty Dolla Sign and others. Having signed with Jive Records in 2004, Brown released his self-titled debut studio album the following year. It peaked at number two on the US Billboard 200 and was later certified double platinum by the Recording Industry Association of America (RIAA). He has managed to sustain his popularity since then even in the midst of controversy.