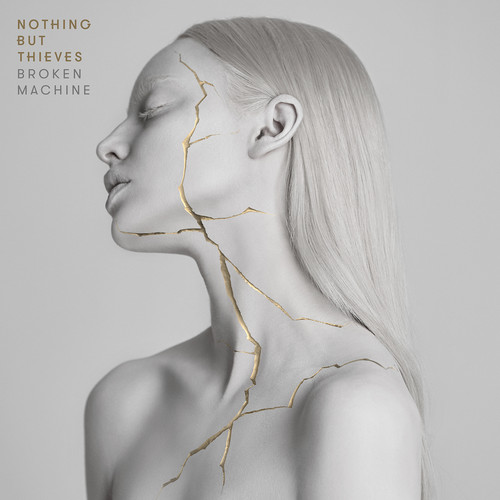 2017 album from the British alt-rock band. The 15 track album features the soaring rock anthem 'Amsterdam'. 'Broken Machine' was produced by Mike Crossey in LA. Says the band: "This album is a snapshot of where and who you are as a band over a small period of time. Writing in 2015/16... well, we weren't devoid of things to write about. The record hinges on the systems of life we perceive to be automatic and flawless when in reality, they're anything but. The aim of Broken Machine was to create a rock album that feels fresh and exciting. It was about experimenting with sounds and song structures and expanding what we could do musically. After a lengthy writing process and a short time recording, we can't wait to get our next project out there." Nothing but Thieves consists of lead vocalist and guitarist Conor Mason, guitarist Joe Langridge-Brown, guitarist and keyboardist Dominic Craik, bassist Philip Blake, and drummer James Price. In 2014, they signed to RCA Records. Their debut album, Nothing But Thieves, entered the Official UK chart at #7 and was #1 on the vinyl album charts.