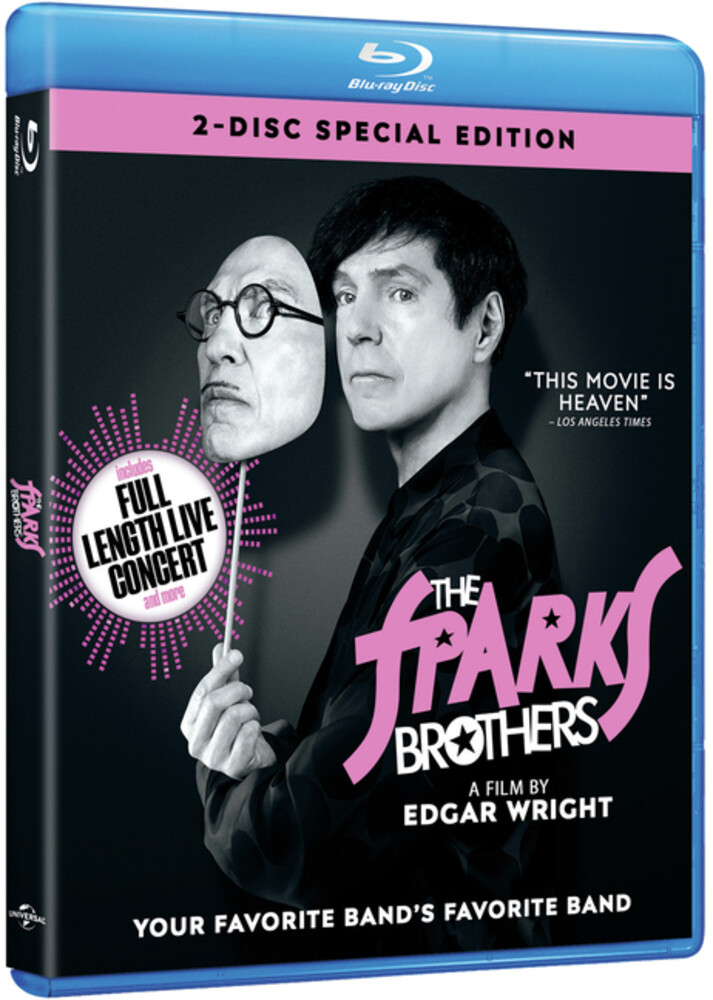 For half a century, California siblings Ron and Russell Mael have guided multiple, shifting incarnations of their synth-pop band Sparks to chart-toppers in Europe and influential albeit cult status in their homeland. Their quirky odyssey has now been celebrated by Edgar Wright in this documentary offering, with performance footage and observations from the Maels, plus input from contemporaries and fans like Beck, Flea, Jane Wiedlin, Todd Rundgren, many others. 140 min. Widescreen; Soundtrack: English; featurettes; deleted scenes; more. Two-disc set.
back to top