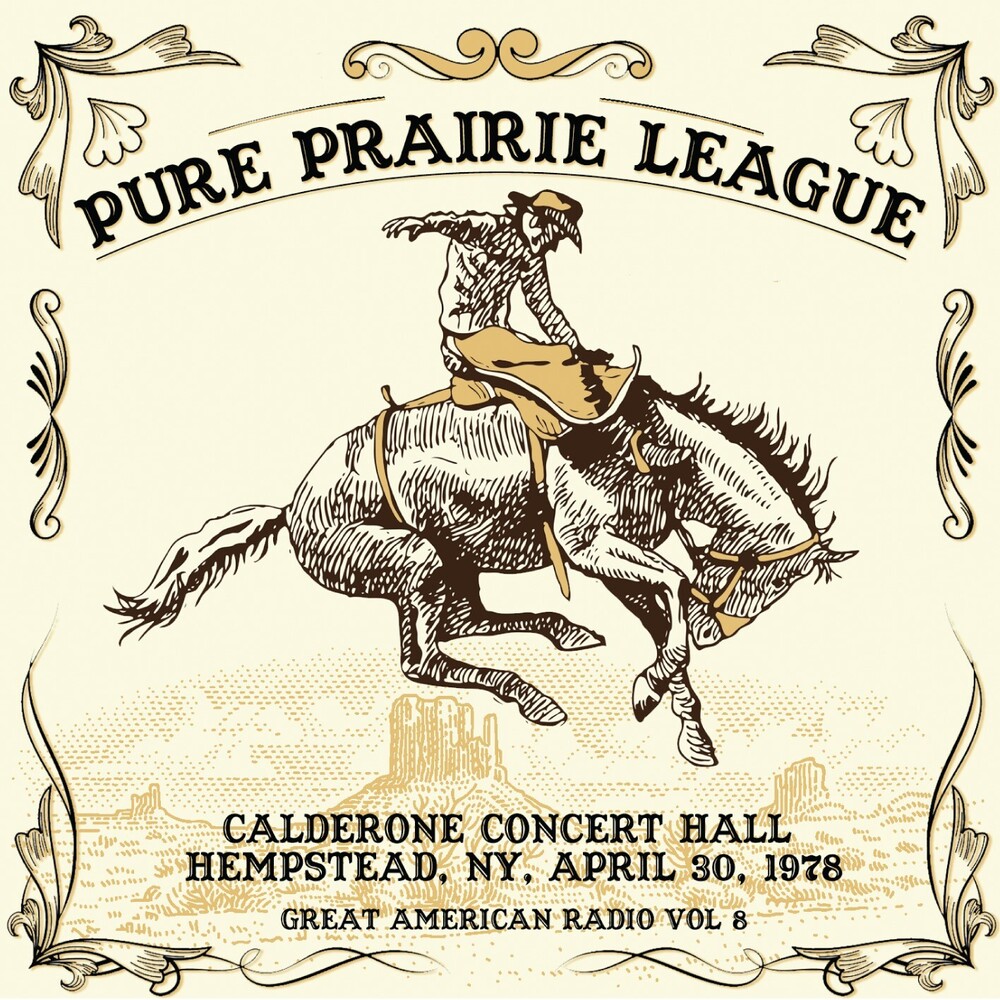 Pure Prairie League is arguably one of the most underrated of US Country Rock combos that emerged in the 1970s. Hailing originally from Ohio, at their best PPL offered up a grittier, more home-grown take on Country Rock than the more vaunted 'California Sound' bands that held sway in the mid-seventies such as The Eagles and Poco. Their unusual name was derived from a 1939 Western movie, Dodge City, which starred Errol Flynn - the Pure Prairie League was the (fictional) women's Temperance Union, attempting to clean up the lawlessness in the titular Kansas town. PPL has had multiple line-up changes over the years. This recording, brought to you at mid-price is taken from an FM Radio broadcast of a show at the Calderone Concert Hall, Hempstead, New York, on Sunday 30th April 1978, and features Larry Goshorn (guitar, vocals), his brother Tim (guitar, vocals), George Ed Powell (guitar, vocals), Michael Reilly (bass, vocals), Michael Connor (keyboards), and Billy Hinds (drums), This is the same line-up that recorded the album Just Fly, their penultimate release for the RCA Victor label, which was released in March 1978, and from which eight tracks are performed in this sparkling set. The band has had a long run, active from the early 1970s through the late 1980s, revived in 1998 and again in 2004. As of 2019, PPL continues to perform over 100 concerts a year in venues across the US.
back to top