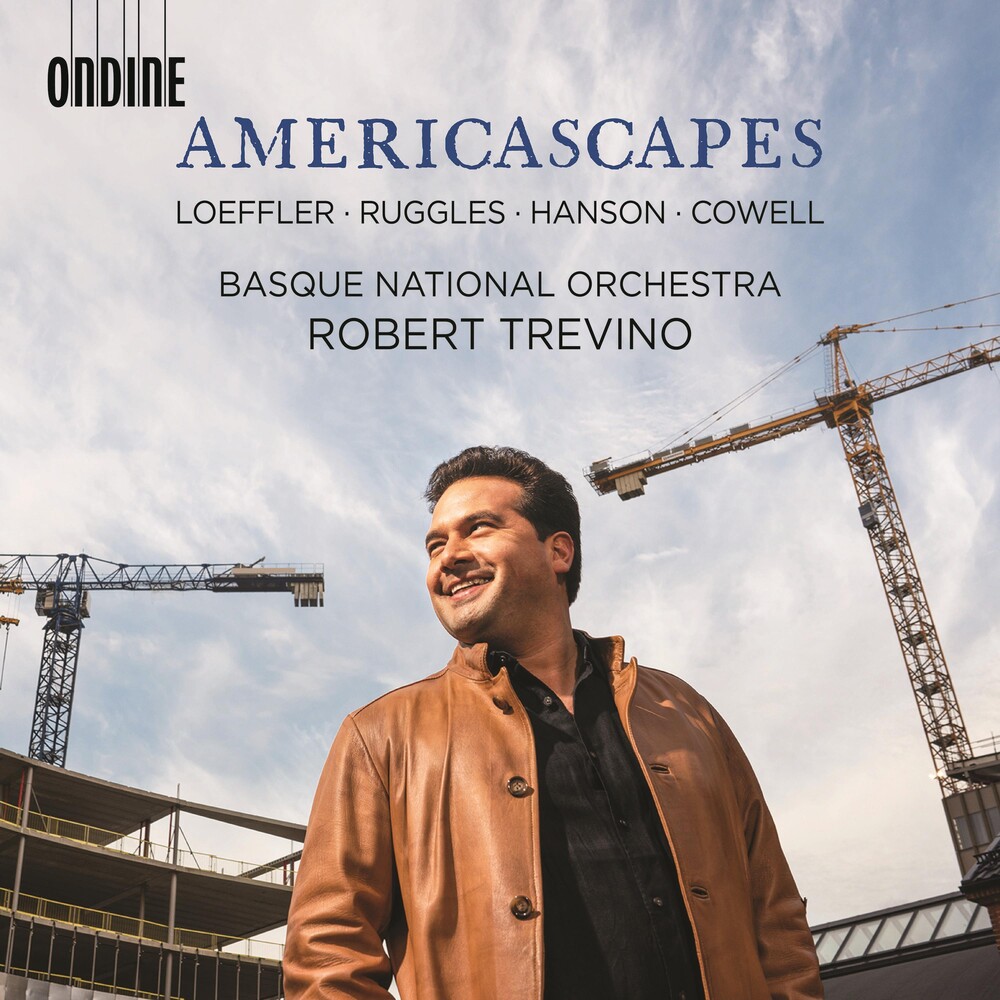 All four American composers on this new album by the Basque National Orchestra and conductor Robert Trevino wrote music that was known, played and esteemed during their lifetimes, but none of them ever had a huge "hit" and so the pieces here are likely familiar only to musical scholars. Yet while it is uncommon enough to find Charles Martin Loeffler, Henry Cowell, Carl Ruggles and Howard Hanson sharing the same album, the conductor Robert Trevino has taken his exploration still further, into the recesses of their repertory - complete with a Hanson piece, Before the Dawn, that has had to wait a century for this, it's premiere recording. Robert Trevino's debut album with the Basque National Orchestra on Ondine featured orchestral works by Maurice Ravel and has received excellent reviews in music media around the world, including the Limelight magazine's 'Recording of the Month'.
back to top