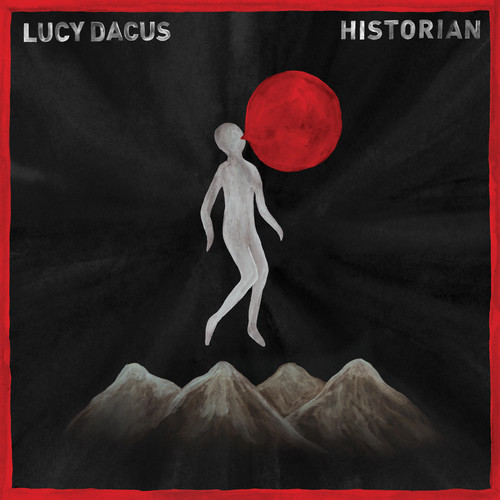 Lucy Dacus is done thinking small. Two years after her 2016 debut, No Burden, won her unanimous acclaim as one of rock's most promising new voices, Dacus returns on March 2 with Historian, a remarkably assured 10-track statement of intent. It finds her unafraid to take on the big questions - the life-or-death reckonings, and the ones that just feel that way. It's a record full of bracing realizations, tearful declarations and moments of hard-won peace, expressed in lyrics that feel destined for countless yearbook quotes and first tattoos. Dacus and her band recorded the album in Nashville last March, re-teaming with No Burden producer Collin Pastore, and mixed it a few months later with A-list studio wizard John Congleton. The sound they created, with substantial input from multi-instrumentalist and live guitarist Jacob Blizard, is far richer and fuller than the debut - an outward flowering of dynamic, living, breathing rock and roll. Dacus' remarkable sense of melody and composition are the driving force throughout, giving Historian the immersive feel of an album made by an artist in full command of her powers. The past year, with it's electoral disasters and other assorted heartbreaks, has been a rough one for many of us, Dacus included. She found solace in crafting a thoughtful narrative arc for Historian, writing a concept album about cautious optimism in the face of adversity, with thematic links between songs that reveal themselves on repeat listens. "It starts out dark and ends hopeful, but it gets darker in between; it goes to the deepest, darkest, place and then breaks," she explains. "What I'm trying to say throughout the album is that hope survives, even in the face of the worst stuff."
back to top