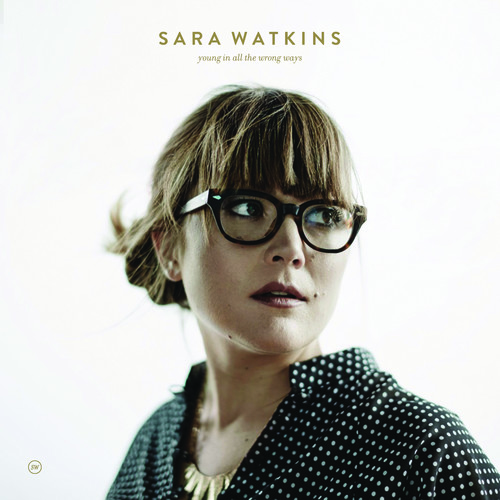 Young In All The Wrong Ways is Sara Watkins’ most cohesive and fully realized solo album. The new collection finds her embracing the role of frontwoman following the collaborations of Watkins Family Hour (featuring Sean Watkins, Fiona Apple and Benmont Tench) and Nickel Creek, the hugely successful group she first formed with her brother Sean and Chris Thile. The album is also her most powerful. Personal and revealing, she wrote or co-wrote each of the 10 songs–a first for her.

It was produced in Los Angeles by Gabe Witcher who arranged a stellar band including two of his fellow Punch Brothers, guitarist Chris Eldridge and bass player Paul Kowert, and additional musicians Jon Brion and Jay Bellerose. Sarah Jarosz and Aoife O’Donovan, Watkins’ bandmates in I’m With Her, provide harmonies on the title track while Jim James of My Morning Jacket guests on “One Last Time." Benmont Tench is again featured on keys. Sara calls the record "a breakup album with myself..." Writing and recording these ten intensely soul-baring songs was a mechanism to process and mark the last few transformative years. The record is about Sara turning the page and taking the reins of her own life, in both a career and personal sense. “I looked around and realized that in many ways I wasn’t who or where I wanted to be," Sara says. "It’s been a process of letting go and leaving behind patterns and relationships and in some cases how I’ve considered myself. What these songs are documenting is the turmoil you feel when you know something has to change and you’re grappling with what that means. It means you’re losing something and moving forward into the unknown.” The songs contain some of the heaviest moments of her career, with eruptions of thrumming B3 organ and jagged electric guitar. But it’s also quiet, vulnerable, tenderhearted. Bold in all the right ways. Young in All the Wrong Ways reveals an artist who has managed to transform her own turmoil into music that is beautiful and deeply moving: “God bless the tenderhearted,” she sings, “who let life overflow.”