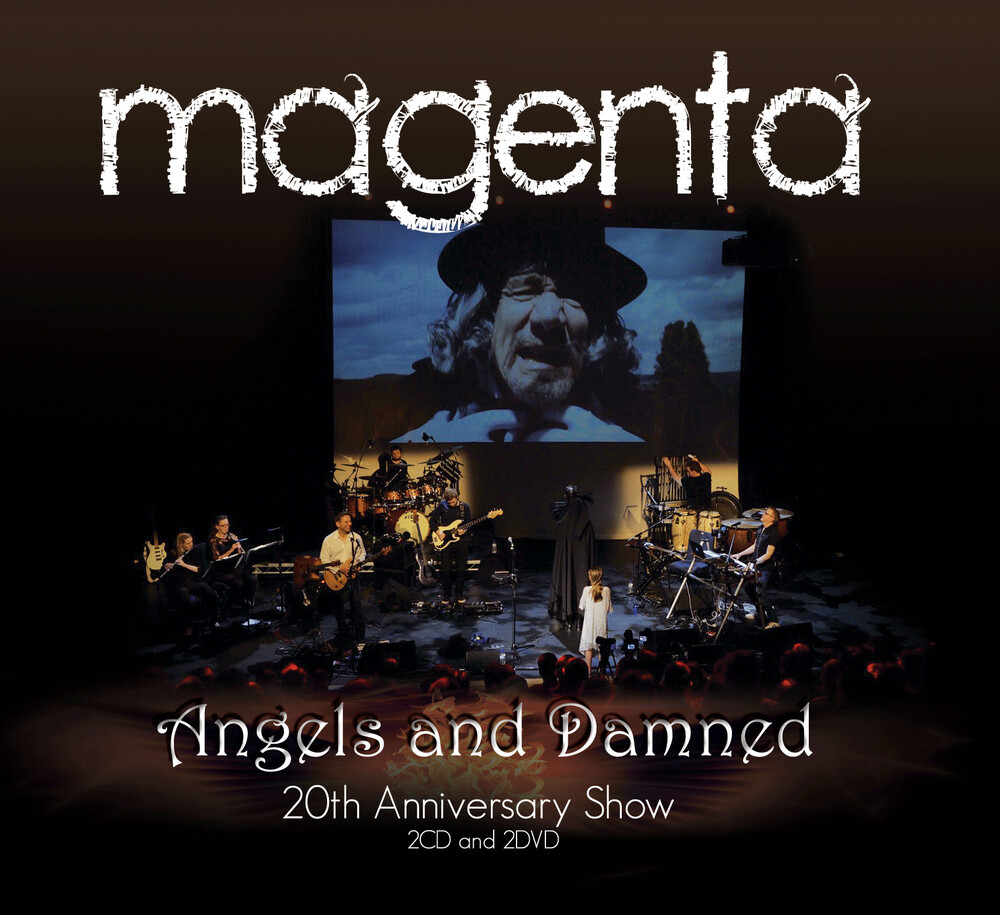 In May of 2019 Magenta celebrated their 20th anniversary by performing to a sold out audience atthe Arlington Arts Centre in England. Full advantage was taken of this state of the art facility and with the addition of live actors and theatrical props; it was an evening that everyone in attendance will never forget. The performance featured songs from all seven of Magenta's studio albums including favourites The White Witch, Red, Gluttony and a 48 minute section from the 2006 album 'Home'. The band was augmented by the addition of flute, oboe and orchestral percussion, along with guest appearances by Peter Jones (Tiger Moth Tales / Camel) and David Longdon from Big Big Train, who performed Steve Hackett's "Spectral Mornings". CD incl all region DVD
back to top