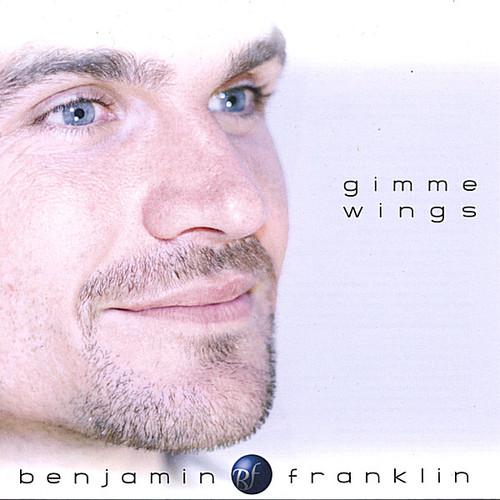 Benjamin Franklin grew up in Germany and the U.S., the son of a German mother and an American father. He has also lived in England and Central America and now in Japan. Here, he has found a new home. Carl 'Smokey' Ishii, D.A.I.-san, Momoko Suzuki - in the world's 2nd-biggest market for recorded music, these names are equivalent to the likes of Sting, Aerosmith, George Michael, and Madonna in the U.S. and Europe. And Benjamin Franklin has had the pleasure of working with all of them. Performing live on stage, and appearing on radio shows, songwriting and producing music with these stars is slowly but surely exposing Benjamin Franklin and his talent to a wide range of Japanese listeners. A communicator as much as a performer, he finds himself at home in Japan and with the Japanese language. He has his own radio show in Tokyo, and is appearing on Ishii's prime time show on Tokyo FM every week. And now, he has just released an album - to much acclaim from the people who he has worked with, and from the Japanese public. 'Gimme Wings' - produced and released independently by Benjamin Franklin, Masa Fukui & Tetsuya Heike. His influences include a wide range of artists & songwriters, from Jack Johnson to Sting to the Red Hot Chili Peppers, to Stevie Wonder, James Blunt, James Taylor, Sean Garrett, Tracy Chapman, & the Black Eyed Peas - right across the board. That adds to the cross-culture feel of the tracks on the album - from gregarious to melancholy, tongue-in-cheek rude to sweet romantic, pick your flavor. Hasn't this hot property grabbed the attention of the majors? Well it has, but Ben Franklin & Co. Have also been looking to America and Europe, and with a whole new range of worldwide opportunities developing with alternative media, indies, branding, and various commercial deals ('Gimme Wings' on a MINI Cooper travel video & a new track, 'Till the Dawn', set to be on a CNN commercial) - why tie yourself down? This sense of independence, of freedom, of fresh vitality shines through in the music. On stage in Tokyo weekly, at venues ranging from The Rock Factory to Tokyo Tower, from malls to restaurants to MTV's cafe studio, live and on the radio, Benjamin Franklin is creating a buzz.