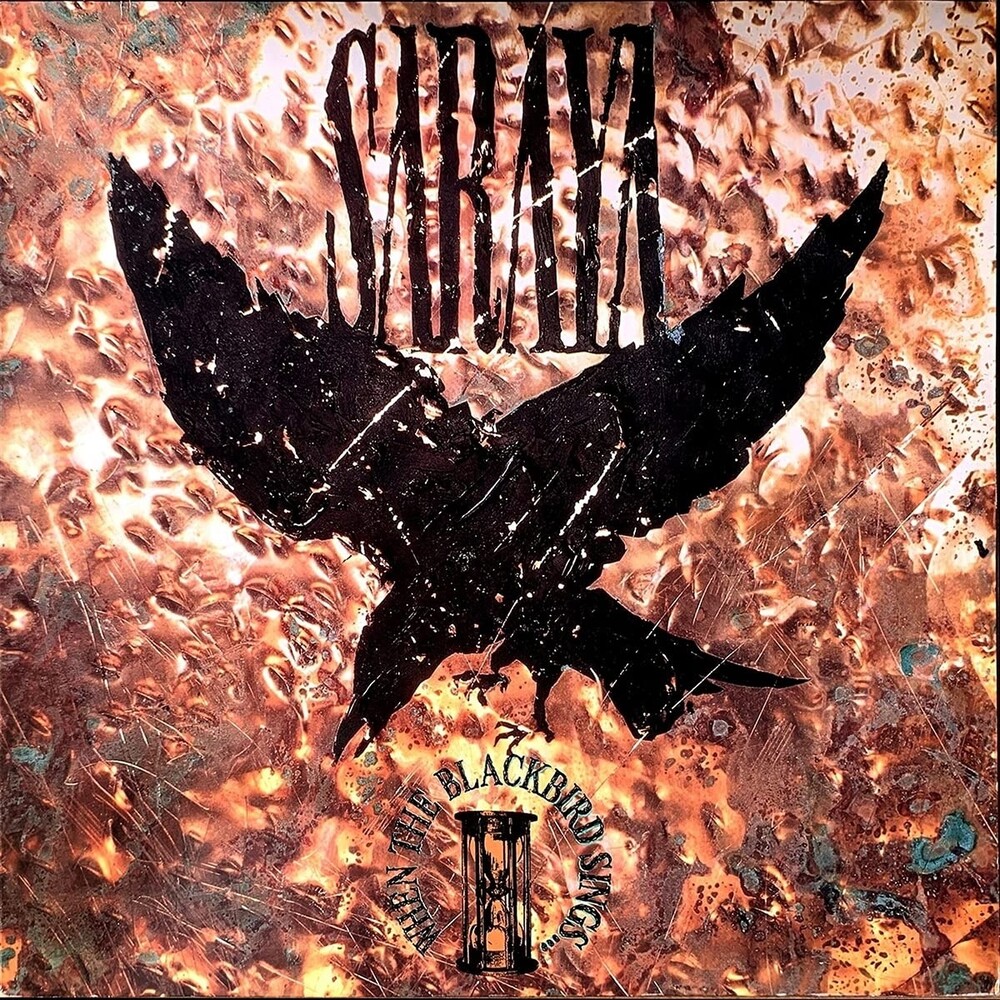 FIRST TIME REISSUED - NEWLY REMASTERED - FULL BOOKLET - SARAYA - from New Jersey - formed around vocalist Sandi Saraya and keyboard player Greg Munier in 1987 and they debuted on Polydor in 1989 when they were called 'the new Bon Jovi'. The band's second album When The Blackbird Sings consolidated their sound which blended elements of the best female-fronted rock with out-and-out rock swagger. This album sounds better now than it ever did. The guitars (Tony Bruno) are fantastic, the songs immediate yet durable, and of course Sandi's vocals are a standout. She was influenced by Chrissie Hynde and Ann Wilson of Heart. In a Kerrang interview in 1989, she also cited Glenn Hughes as a major influence and in particular the album 'Hughes Thrall'. This second album, released in May 1991 and produced by Peter Collins (Queensryche and Rush), was more polished than the debut but Munier had left the band during recording, disagreeing with the the more guitar-oriented direction. Barry Dunaway who had played with Yngwie Malmsteen and Joe Lynn Turner replaced Gary Taylor on bass. Tracks like 'Queen of Sheba' grab your attention from the first guitar chords, and Saraya's vocals juxtaposed with Bruno's chorused figures evoke Chrissie Hynde in a heavy metal band. 'Bring Back The Light' has a Whitesnake-esque 'Still Of The Night' feel to it, 'Hitchin' A Ride' starts with a bluesy motif before Bruno's chunky chords cut in. And there are echoes of Joan Jett and The Runaways in 'When You See Me Again'. 'Lion's Den' has all the swagger of prime-time Aerosmith. 'In The Shade Of The Sun' is simply wonderful, dramatically building to another stinging Bruno guitar solo and arguably one of the finest songs of the late hair metal era.'The Seducer' was released as a single and drew attention, via MTV, to Sandi Saraya's photogenic qualities although this was surprisingly played down for the band's debut release. Of the band members, Bruno - who co-wrote the album with Sandi Saraya - has played with glam metal band Danger Danger and Joan Jett. Sandy Saraya is now raising five kids and home schooling them, and "has devoted her life to God". One other reason for distancing herself from the music is that - sadly - band co-founder Munier died of a pneumonia-related illness in 2006. Any female-fronted hard rock band should look to Saraya as the blueprint.
back to top