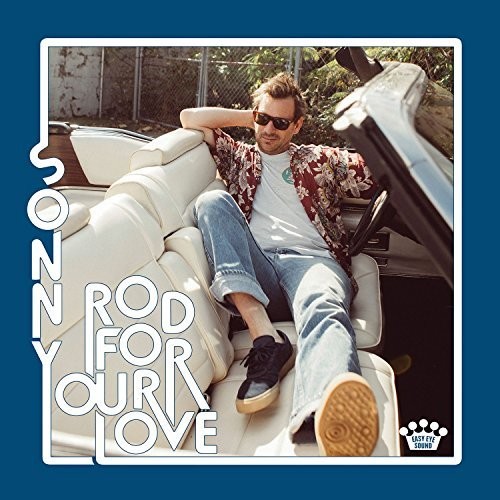 Vinyl LP pressing. 2018 release. On Rod For Your Love, Sonny Smith gets back to basics. Produced by Black Keys frontman Dan Auerbach and recorded in Nashville, Rod For Your Love roots itself in old-school, guitar-fueled rock 'n' roll. These are love songs built for the garage and the dance floor, with big-hearted melodies and thick harmonies. It's the stuff you might've heard in the 1960s, back when groups like the Kinks and the Velvet Underground were making left-field pop songs that celebrated the form while still bending the rules. With stacked vocal harmonies that sweep their way throughout the track list, Rod For Your Love nods to the past while still moving forward. It's a classic-sounding album that still belongs to the 21st century. For years, Sonny Smith has built his own brand of indie-folk and rock 'n' roll, growing into a cult favorite along the way. To those who know his work, he's an incredibly prolific creator, with a dozen albums to his name and a handful of related projects - including multiple stage plays, a full-length musical and his nationally-recognized art installation, 100 Bands - under his belt. A longtime fixture of San Francisco's arts scene, he's managed to fly just beneath the mainstream's radar for decades, while still releasing a string of acclaimed records with labels like Fat Possum and Polyvinyl.